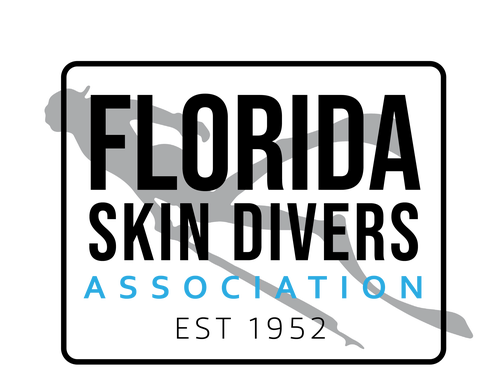 The Florida Skin Divers Association (FSDA) is a volunteer, non-profit coalition of Dive Clubs and individuals bound together by our common interest in sport, skin and scuba diving. The FSDA is the oldest and largest independent organization of divers in the state of Florida. It is governed by an unpaid board of directors who are active in the diving community. The board works hard to promote diving and organize membership to protect their diving rights.

The FSDA would like to thank all of its past and present presidents, officers, directors, and members for the following achievements:
Some specific FSDA achievements include:
Defending Divers Rights by active and successful lobbying efforts including: 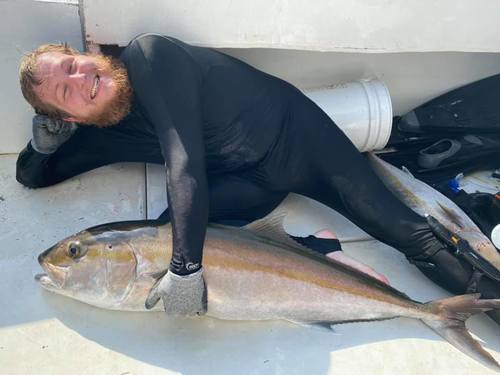 President - Austin Cave has been involved and attended FSDA events since he was six weeks old serves as President of the FSDA, and previous President of the Suncoast Seals. Focusing primarily on growing the sport and developing camaraderie between competitors, Austin can be typically found offering assistance at any of the FSDA tournaments or wandering the weigh-in lines catching up with old friends and novice spearos. Austin also sits on the Southern Open Committee and is a member of the West Coast Council Committee. Further, Austin is single and enjoys short walks to the brewery. 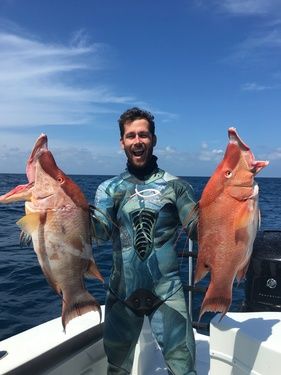 Vice President – Milo Talokonnikoff has been an active member of the Gulf Coast Fishing and Dive Community since returning to the state after military service in 2012. Milo is the current FSDA Vice President but has held several other duties to include previous President, West Coast Council Committee, Freedive Committee, and is responsible for shaping many of the annual FSDA events. Milo is also an active member of the St. Petersburg Underwater Club and Gulf Coast Freedive Club, and previously served as the President of the Tampa Bay Spearfishing Club in 2018. External to the FSDA, Milo loans his support to the planning, promoting, and execution of annual spearfishing events that focus on charitable contributions to the community. Milo regularly serves as a volunteer dive master for community improvement efforts such as clean-up dives throughout Tampa Bay and has coordinated with the Pinellas Parks and Conservation Resources Department to spearhead a community outreach campaign improving facilities at local county parks and boat ramps. 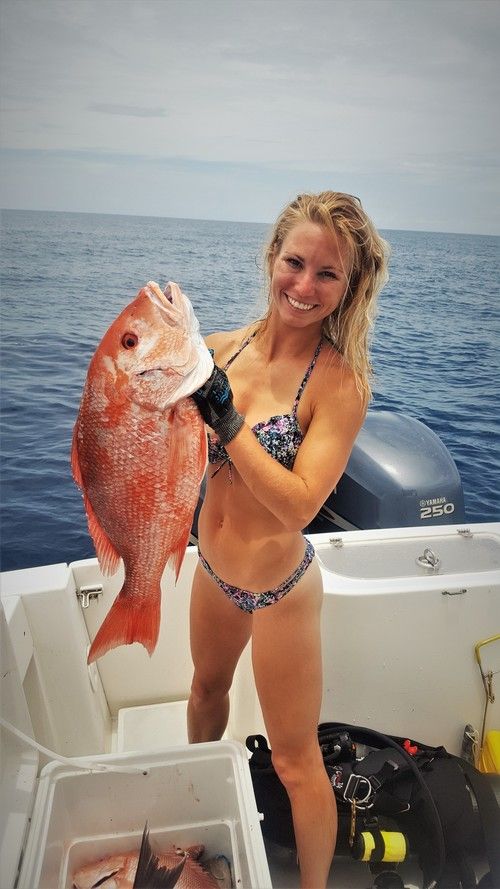 Secretary - Meaghan Emory has a background in marine science and has studied lionfish, red grouper, goliath grouper, hogfish and several other fisheries species. She is passionate about marine conservation and stewardship and also serves as FSDA Fisheries & Conservation co-chair. She has been an active member of FSDA since moving to St. Petersburg in 2016, and has served as Secretary since 2017. She loves being involved in planning and executing spearfishing tournaments, whether scorekeeping or getting elbow deep in fish slime. Meaghan is also the founding and current president of the Women's Spearfishing Alliance. Founded in 2018, WSA was established to promote women in the sport of spearfishing and establish a fun, safe network of female spearfishers. Meaghan was the original recipient of the Ken & Sonia Smith Memorial Marine Conservation Scholarship, and now manages its execution from application collection and organization, coordinating the review board, and planning fundraising events. 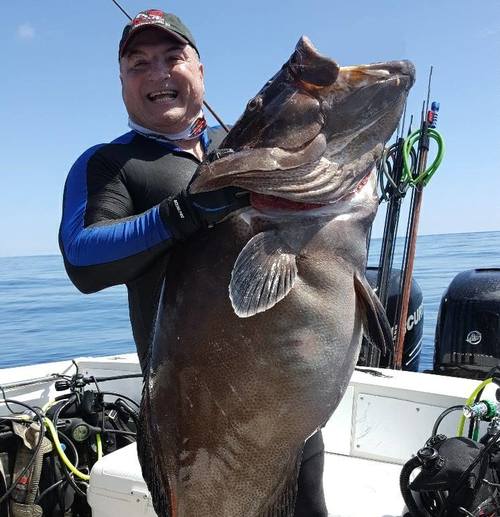 Treasurer - Bill Hardman has served as the FSDA treasurer since 2013, and also served as the FSDA president for five years. Bill is a member of St. Petersburg Underwater Club and a founding member of Tampa Bay Spearfishing Club. Bill has served as Secretary, Vice President and President of St Pete Underwater Club as well as President and current Treasurer of Tampa Bay Spearfishing Club. Bill is also one of the founders and officers of Dive Care for Military Wounded. Bill has been teaching Scuba Diving & Watersports for over 30 years, and is the President of Wonderful Water Scuba, Inc. and owner of Aquatic Obsessions.  Bill is also a multi-agency, Scuba Instructor Trainer and teaches Scuba and Freedive classes from beginning to the professional levels. He's currently the Director of Scuba Programs for the University of South Florida- St. Petersburg, Eckerd College, and many other educational and scientific institutions on the Gulf Coast of Florida. Bill is a bi-weekly column writer and photographer for the St. Petersburg Times and is a contributing writer for many national and international diving industry periodicals and on-line magazines. Bill is also a past recipient of the Norm Wyman / Poppa Taylor Award in appreciation of his support of the local dive community. In 2015, Bill was presented with the Platinum Pro Foundation Award from SCUBA Schools International in recognition of 5000 or more dives. 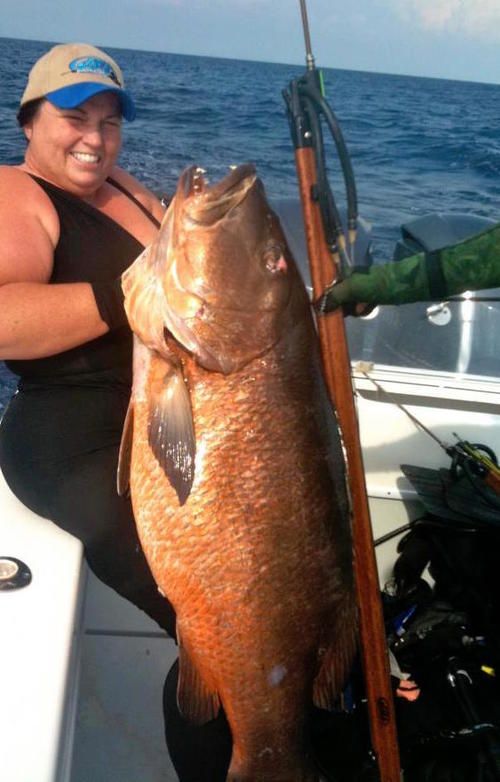 Banquet Chair - Teresa Hattaway serves as the FSDA Banquet and Norm Wyman / Poppa Taylor Award Chaira, and previously served as the Vice President from 2011-2020. A native Floridian, she earned her open water SCUBA certification in 1984, and became an open water SCUBA instructor in 1991.  She since logged thousands of dives throughout Florida and the Caribbean. She enjoys underwater photography, videography, spearfishing and fossil diving. She currently holds the rating of Dive Control Specialist Instructor with SCUBA Schools International and has certified thousands of  divers over the years. Teresa also owns Jim's Dive Shop, in St. Petersburg, FL, which has served the local diving community for close to 40 years. Teresa is also an instructor for the Dive Pirates Foundation, which is a non-profit organization which provides SCUBA training, equipment and dive travel for those with mobility disabilities. She can be heard on the "Reel Animals Radio Show" on weekend mornings talking about the local diving and upcoming events. Teresa participates in many of the local spearfishing, lionfish derbies and photo/video tournaments.  In 2012, Teresa was the recipient of the Norm Wyman / Poppa Taylor Award for her years of service to the growth and well-being of her community. In 2015, Teresa was presented with the Platinum Pro Foundation Award from SCUBA Schools International, in recognition of 5000 or more dives. 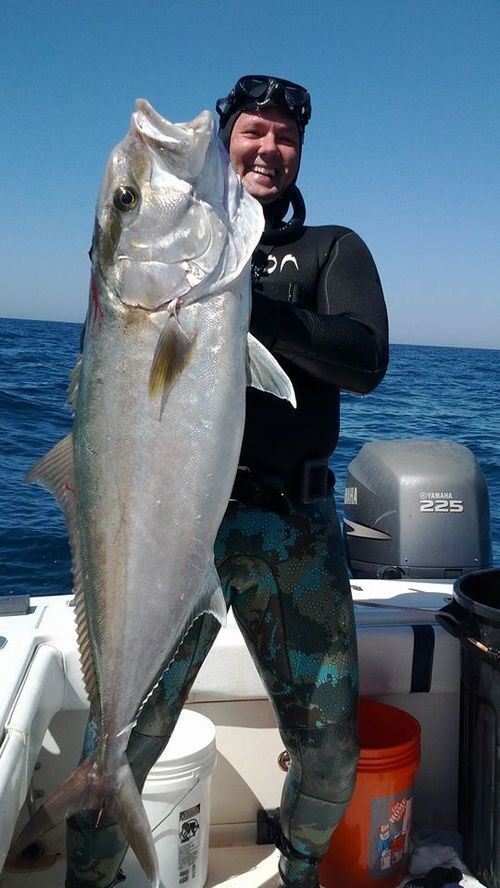 Freedive Chair - Bill Van Deman serves as the FSDA's Freediving Chair and was previously the FSDA President from 2013 to 2015.  Bill has been active in the Tampa Bay Spearfishing Club (TBSC), St. Petersburg Underwater Club, and diver's rights for several years, particularly in the area of freediving instruction and safety. Bill has served as Secretary, Vice President, and President of the TBSC. Bill has further been a member of four Top 3 Teams at FSDA Freedive State Championships, and has represented FSDA at Spearfishing Nationals three times. Bill is a certified PFI Safety Supervisor Freediver and PFI Freediver Instructor and owns Abyss Freediving. Bill was the recipient of the 2014 Norm Wyman / Poppa Taylor Award.